Professor Jaakko Tuomilehto is Professor Emeritus of Public Health of the University of Helsinki, Finland, and currently working as the Professor of Vascular Prevention at the Danube-University Krems in Krems, Austria and is also associated with the Diabetes Prevention Unit of the Finnish National Institute for Health and Welfare and Diabetes Research Group, King Abdulaziz University, Jeddah, Saudi Arabia. Previously, he was working as Medical Officer for Cardiovascular and Metabolic Diseases in the WHO Regional Office for Western Pacific in Manila, Philippines, Professor of Public Health at the University of Kuopio, Finland and Research Professor at the National Public Health Institute in Helsinki, Finland.

His research interests include the epidemiology and prevention of non-communicable diseases such as diabetes, cardiovascular disease (CVD), cancer and dementia. He has contributed many landmark studies, including the North Karelia Project, the 1st community-based prevention programme for CVD in the 1970s, the Finnish Diabetes Prevention Study (DPS) that in 2001 demonstrated a remarkable 58% reduction in the incidence of diabetes with lifestyle intervention. He was coordinating the WHO multinational MONICA Project on monitoring trends in cardiovascular disease and their risk factors. His prospective studies have established the importance of vascular risk factors for the development of dementia and Alzheimer’s disease. He has participated in several major randomised controlled trials that have provided the basis for the current evidence-based treatment of hypertension.

He has carried out a wide range of studies in type 1 diabetes and is the Principal Investigator of the WHO DIAMOND Project mapping the incidence of childhood type 1 diabetes worldwide. He also established large international collaborative studies of diabetes epidemiology, the DECODE/DECODA (Diabetes Epidemiology-Collaborative analysis of Diagnostic Criteria in Europe/Asia) studies that have assessed the glucose criteria for the diagnosis of diabetes. He has been involved in research aiming at identifying susceptibility genes for type 1 and 2 diabetes and associated traits.

He has been acting as a member several ADA and WHO committees on diabetes and CVD.

He has played an active role within the European Society of Cardiology, and was a member of the recent “Diabetes and Cardiovascular Disease Guideline” task force. He is actively involved in several committees, scientific organisations and advisory boards nationally and internationally including the Chair of the International Diabetes Epidemiology Group, European Society of Cardiology Working Group on Epidemiology and Prevention, Finnish Hypertension Society and Finnish Epidemiological Society.

He has actively participated as a faculty member in numerous international postgraduate courses on epidemiology and prevention of diabetes and non-communicable diseases during the last 35 years in different parts of the world; in the Cambridge diabetes epidemiology course faculty he has served since 1983.

He has been a member or Associate Editor for Editorial Boards of many scientific journals, and currently serves as the Editor-in-Chief of Primary Care Diabetes. He has received many prestigious scientific awards, including the ADA Kelly West Award ADA Harold Rifkin Award, EASD Camillo Golgi Award, Sheik Hamdan International Diabetes Award, ESC Geoffrey Rose Award, Folksam Prize of the Karolinska Institute and AHA Fredrick H Epstein Award, and is a member of Finnish Academy of Science and Letters. He has contributed to over 1500 scientific peer-reviewed publications, and is one of the most cited authors in the field of clinical medicine and diabetes worldwide with h-index 145. 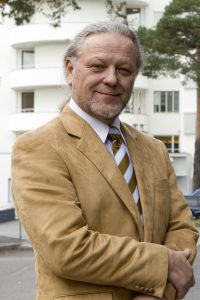