Andrew was the Study Coordinator for GLINT (Glucose Lowering in Non-diabetic hyperglycaemia Trial), before leaving the Unit in July 2016.

The responsibilities of the Study Coordinator role include; submitting application to regulatory bodies such as RECs (Research Ethics Committees) and the MHRA (Medicines and Healthcare products Regulatory Authority); liaising with other working groups such as the Field and Data Management teams; monitoring recruitment and looking at ways to increase and maintain recruitment levels; maintaining accurate essential documents and records throughout the study or trial.

Andrew completed a degree in Sports Science at the University of Wales, Bangor in 2005 before joining the MRC Epidemiology Unit in 2007 as a Research Assistant. During the role he worked on several studies including the Fenland, InterAct and Addition studies. Andrew moved to a Study Coordinator Assistant role in 2011 which allowed him to learn more about the role of study coordination whilst maintaining the skills and exposure of a Research Assistant. In 2011/2012 Andrew held a couple of Study Coordinator roles, covering periods of maternity leave, for the Fenland Study, the Commuting and Heath in Cambridge study and the Vitamin D Trial, before taking the role of Study Coordinator on GLINT in 2013. 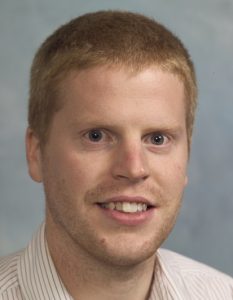