Anouar was a research associate with the Nutritional Epidemiology Group, where he was involved in the InterConnect, an EU-FP7 project that aims to enable cross-study analyses to facilitate research and to understand the differences in diabetes and obesity between population, including analyses of gene-environment interaction. He left the Unit in August 2017

Under supervision of Dr. Paul Brennan and Dr. Mattias Johansson, he completed his PhD at the International Agency for Research on Cancer (IARC), examining the relation between biomarkers of the one-carbon metabolism and the smoking-related cancers. During this time, he was involved as a co-ordinator and analyst in a unique project, the Lung Cancer Cohort Consortium (LC3) which included 20 prospective cohorts with a combined study population of over 2,000,000 participants from North America, Europe, Asia and Australia. 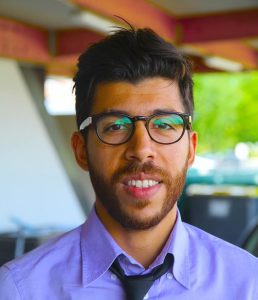