Dan completed a PhD within the Aetiology of Diabetes and Related Metabolic Disorders programme, supervised by Prof. Nick Wareham and Dr Robert Scott. He left the Unit in December 2017.

Originally trained as a Biologist at Imperial College London (BSc (Hons)), Dan secured a UK Medical Research Council Advance Masters Studentship to pursue an MPhil in Epidemiology in the University of Cambridge’s Department of Public Health and Primary Care between 2012-1013, graduating with a thesis examining the potential causal role of the endogeneous adipose tissue-derived hormone adiponectin in the aetiology of pancreatic adenocarcinoma. Prior to returning to Cambridge in late 2014, Dan was based at the University of Oxford’s Nuffield Department of Population Health, where he served as epidemiologist for UK Biobank – a very large scale prospective cohort of 500 000 British residents established to enable robust epidemiological examination of the common diseases of middle and older age, under an open-access research model.

Dan is actively involved with teaching, providing an annual lecture on the MSc in Global Health Sciences at the University of Oxford, and demonstrating on the MPhil programme in Epidemiology at the Department of Public Health and primary Care in Cambridge. 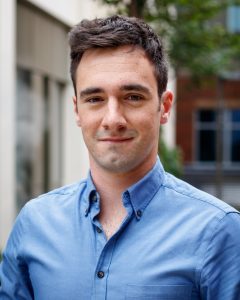