Hana Lango Allen studies the contribution of both common and rare genetic variation to human traits and disease. Her focus is on the application of high-throughput sequence data to discoveries of genetic aetiologies behind complex phenotypes such as reproductive timing, obesity, type 2 diabetes and related metabolic disorders. Investigations of rare and structural genomic changes in the field of complex human traits has only recently become possible owing to the continuing efforts to sequence the genomes of large biobanks of deeply phenotyped individuals from the general population.

Hana has an MSc in Bioinformatics (University of Leicester, 2005) and a PhD in “The role of common genetic variation in model polygenic and monogenic traits” (University of Exeter, 2010).

Hana’s early postdoc career was in the University of Exeter, where she contributed to discoveries of genetic loci associated with polygenic traits such as height, BMI, and type 2 diabetes. She then switched to studying monogenic disorders, which involved designing analytical pipelines to take advantage of new high-throughput sequencing technologies. She identified novel causes of rare diseases such as neonatal diabetes, pancreatic agenesis, skeletal malformations, multi-system disorders, lethal fetal malformation syndromes, and others.

Hana moved to Cambridge in 2015 to take on the role of the Chief Analyst for the Primary Immunodeficiency domain of the NIHR BioResource – Rare Diseases whole genome sequencing project. She discovered new genes for inherited disorders of the immune system, and demonstrated both polygenic and monogenic aetiologies in this rare disease that has strong environmental (pathogen exposure) component. 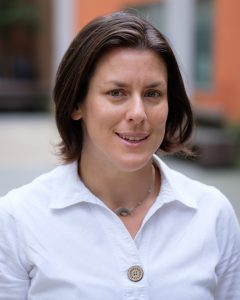