Inge joined the Data Management Team in the MRC Epidemiology Unit in 2012 as a Data Manager. She was a member of the database group whose responsibilities covered the development of study and other databases and the preparation and release of data for research use of the Unit’s studies. Inge contributed to a number of key projects, including the development and improvement of the Unit’s document storage box tracking systems. Additionally she was involved with the creation of new and the updating of existing data dictionaries for studies such as Fenland (update) and VitD and ROOTS (new study). Inge provided considerable support to the data collection, data processing and release processes for the Fenland study. She also contributed to the development of new database tools for the unit’s use. Inge’s main areas of expertise are in data handling, data dictionary and database design, and she has more recently further developed her skills in database design and the underlying programming using VBA.

Inge joined the Institute of Virology and Environmental Microbiology in Oxford as a Dutch student. After finishing her studies she worked as a Human Genetics Research Scientist for the MRC at Harwell, at the Department of Genetics at Oxford University, at the Department of Pathology at Cambridge University and at Hexagen, a Cambridge University spin-off company (later bought by Incyte Genomics). Whilst at Incyte she progressed from bench work to data management and database design. After Incyte she worked for Amgen Cambridge on clinical trial data as a Clinical Data Associate, then as a Database Co-ordinator for the Department of Clinical Neurology at Oxford University and as a Clinical Information Integrity Officer at Pilgrims Hospices in Canterbury.

(Publications under her maiden name of van Bakel) 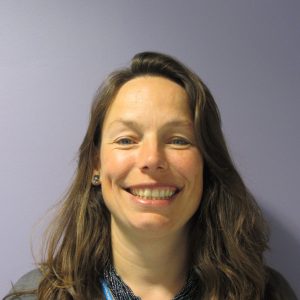