Katrien Wijndaele is a Senior Investigator Scientist whose primary research interest lies in the potential cardio-metabolic health consequences of prolonged sitting in adults and children, with an additional focus on sedentary behaviour measurement and intervention development.

In addition to her research, Katrien also enjoys lecturing on the MPhil in Epidemiology and Public Health (University of Cambridge). She also chairs the Sedentary Behaviour Council of the International Society for Physical Activity and Health.

After completing an MSc degree in Sports and Movement Sciences, Katrien undertook a PhD examining physical activity and cardio-metabolic disease at Ghent University, Belgium. Following her PhD, Katrien was awarded a postdoctoral research position at the School of Population Health, University of Queensland (Brisbane) in collaboration with the Baker IDI Heart and Diabetes Institute (Melbourne), Australia. While at the University of Queensland, Katrien further developed her interest and expertise in the role of sedentary behaviour in health and disease.

She joined the MRC Epidemiology Unit (Cambridge, UK) in 2007, initially as Career Development Fellow, and was awarded the Martti J Karvonen Young Investigator Award in 2009. During her time in Cambridge, subsequently as Research Foundation Flanders Fellow and British Heart Foundation Fellow, she has expanded her research interests and is now also focusing on investigating the determinants and measurement of sedentary behaviour and potential strategies aimed at decreasing sedentary behaviours. 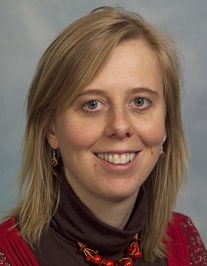