Oliver’s background is in medicine and public health. From an early stage in his medical training he was interested in public health and particularly the prevention of illness. He spent two years working in the Department for Health and the World Health Organisation for the Chief Medical Officer for England. Following this, he joined the public health training scheme in Oxford, as an Academic Clinical Fellow. He joined the MRC Epidemiology Unit & CEDAR in October 2013 as an Honorary Specialty Registrar and as a fellow on Wellcome Trust Clinical PhD programme. In 2017 he was appointed as an Academic Clinical Lecturer in Public Health Medicine.

In 2017 he was also awarded a Parliamentary Academic Fellow to the Health Select Committee, supporting the committee in its continued scrutiny of the government’s work on childhood obesity.

Oliver’s work is concerned with evaluating and quantifying the impact of ‘population-level’ interventions to reduce obesity. He has broad expertise in public health research (epidemiology, natural experimental studies, modelling and qualitative methods). He has particular expertise in public health modelling (comparative risk assessment, life-table and micro-simulation modelling), with much work estimating the health impact of taxes on unhealthy foods. He is working with colleagues to develop consensus based standardised reporting guidelines for the public health NCD modelling studies. He is a co-applicant on a major NIHR funded evaluation of the UK’s soft drinks industry levy. 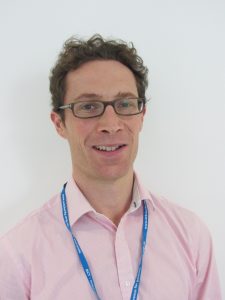