Rajna was a PhD candidate working as part of the Physical Activity Epidemiology programme, who was awarded her doctorate in 2014. Her current research interests revolve around the prevalence of physical activity and its associations with the risk of cardio-metabolic and other lifestyle-related chronic diseases. Throughout her PhD she worked on several large-scale epidemiological studies using self-reported and objectively measured physical activity data (EPIC-Norfolk, InterAct, National Survey for Health and Development, National Health and Nutrition Examination Survey) and the ProActive trial.

Prior to her PhD, Rajna qualified as an MD at the Zagreb University School of Medicine in Croatia, where she also completed her foundation medical training. Subsequently, she worked as a physician and a research fellow at the Department of Environmental and Occupational Medicine (Andrija Stampar School of Public Health, Zagreb University School of Medicine) where she trained in occupational and sports medicine and was involved in several research projects and international public health collaborations focusing on workers’ health (through the WHO Collaborative Center for Occupational Health in Zagreb ) as well as teaching on the occupational medicine course for medical students. Furthermore, she obtained a doctorate (DSc) in occupational medicine at the same university and undertook advanced training in clinical research methods at the Erasmus Medical Center, Rotterdam, the Netherlands (as a Netherlands Institute for Health Sciences Fellow).

Throughout her career, Rajna won several honours and prizes including: Distinction in Pathophysiology as a medical student, Dean’s Award for outstanding academic performance as a medical student, Rector’s Award for the best student research work, and also earned a top mark on her MPhil thesis at Cambridge. Her work has been presented at several international conferences.

Alongside her PhD and clinical interests, Rajna has been appointed associate editor of the Oxford Handbook of Clinical and Healthcare Research (ISBN: 9780199608478; in press). 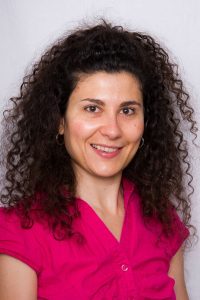