As Field Manager Trevor’s role is to facilitate data collection for unit studies. The Unit has 3 field testing sites located at Cambridge, Ely and Wisbech, and also carries out home visits and measurement sessions in other fixed locations such as schools.

The multi-disciplinary Field Epidemiology team works across all 3 sites, and not all team members are trained to carry out all measures. Each study has different requirements in terms of the measures carried out, and the number of slots they need a testing sites during particular times. The role of the Field Manager is to match the needs of the studies against the available staff and facilities.

Trevor’s career in science started straight after A-Levels when he went to work as a microbiology technician for Sainsbury’s. The role involved routine testing of products for pathogens and food spoilage micro-organisms, product development shelf-life testing and organoleptic analysis, trend analysis of results, and investigation of out of range results. During this time he also attended Anglia Ruskin University where he completed a HNC in Applied Biology. After 7 years in the lab he had worked my way up to the position of Deputy Laboratory Manager, but decided to expand his laboratory skills into the field of molecular biology.

Working at the Animal Health Trust (AHT) in Newmarket he learned basic molecular biology techniques such as PCR and cloning, as well as some basic cell culture and virology. The Foot and Mouth outbreak of 2001 then brought an unexpected opportunity, when the AHT was contracted by DEFRA to help with the nationwide screening programme . In his role as Laboratory Supervisor he was trained by DEFRA scientists to carry out the test protocol, which he then had to teach to a newly recruited team. Within weeks they were testing up to 15,000 samples a week, until the screening programme was completed.

His next role was as a Research Technician for Cambridge University Department of Paediatrics, working within a team studying the genetic and molecular mechanisms of Disorders of Sex Development. Most of this work was focused on the role of the Androgen Receptor in XY sex differentiation, which in the most severe cases can result in complete sex reversal. Being part of a small multi-disciplinary team meant carrying out all tasks related to the study, from helping with ethics applications, obtaining consent and samples, database management, gene sequencing and cell culture. His own research niche was analysing novel Androgen Receptor mutations, in order to establish which functions are being affected and to what degree. In addition to his own research portfolio he also supervised students, managed the molecular and cell culture laboratories, and held the positions of Biological Safety Officer, Deputy Radiation Protection Supervisor, and Departmental Safety Officer.

His current role as Field Epidemiology Manager has allowed him to bring a passion for health and fitness into his work. He got into running by accident when he was given a place in the London Marathon by the Animal Health Trust, but since then it has turned into a bit of an obsession. Not only does he run most days, but he also coaches for the running club and started a beginners running course to help make his community a healthier place. 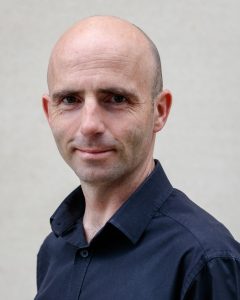