Cathy was a Career Development Fellow in the Growth and Development group at the MRC Epidemiology Unit, who left in autumn 2014. After studying Natural Sciences and specialising in Genetics, at King’s College Cambridge, Cathy trained for an MPhil in Epidemiology at the Department of Public Health and Primary Care, also at Cambridge.

Keen to combine her interests in genetics and human health sciences, Cathy began a PhD in Genetic Epidemiology at the MRC Epidemiology Unit, focussing on understanding genetic determinants of growth and development. She had a lead role in performing genome-wide association studies for puberty timing both in Unit-led studies and as part of the international ReproGen consortium, and also worked on exploring patterns of weight gain and growth during infancy and childhood that are related to later obesity risk.

Cathy’s postdoctoral research spanned the Aetiology of Diabetes and Related Metabolic Disorders and the Growth and Development programmes of the Unit. Her research interests are centred on understanding how factors relating to growth and development influence later risk of type 2 diabetes. Whilst continuing to use both classic and genetic epidemiology to address this, Cathy’s major focus was on understanding how epigenetic factors are implicated in the orchestration of puberty timing and the development of type 2 diabetes. 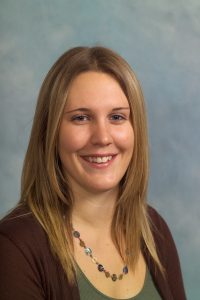