Dr Raghib Ali is a Senior Clinical Research Associate at the MRC Epidemiology Unit at the University of Cambridge and the Director and Principal Investigator of the Public Health Research Center and Associate Research Professor at New York University, Abu Dhabi. He is also Adjunct Associate Professor in Public Health and Population Health at New York University. Additionally, he is an Honorary Consultant in Acute Medicine at the Oxford University Hospitals NHS Trust and at Public Health England, and an Associate Fellow at Green-Templeton College at the University of Oxford. He was appointed as an Independent Expert Adviser on Covid-19 and ethnicity to the UK government in October 2020.

His main research interests are the aetiology and prevention of non-communicable diseases and establishing prospective cohort studies in populations which have not previously been studied. He is the Principal Investigator for the UAE Healthy Future Study, one of the first prospective cohort studies in the Middle East, focusing on risk factors for obesity, diabetes and cardiovascular disease. He previously led studies on cancer aetiology in the UK and India as well as working on the UK Biobank project. He has published over 120 papers with over 60,000 citations and an H-index of 47.

Raghib graduated from the University of Cambridge in 2000 with the award of the John Addenbrookes Prize for Medicine and has since gained postgraduate degrees in Epidemiology and Public Health from the University of Oxford and the London School of Hygiene and Tropical Medicine. He was elected a Fellow of the Royal College of Physicians in 2013.

He was also the Director of the INDOX (India-Oxford Cancer Research Network) from 2006 to 2015 and a Fellow at Green-Templeton College from 2004 to 2016. In parallel, he was appointed as the founding Director of the Public Health Research Center at New York University in 2014. 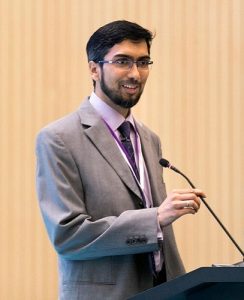